We drive an organization’s revenue and results by generating legendary experiences focused on corporate partnerships and the emotional power of sports. 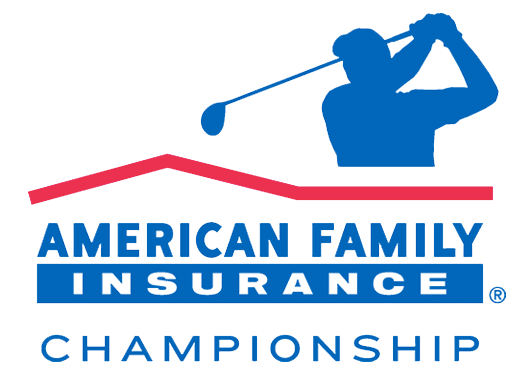 Legendary Way Marketing works with former collegiate and professional athletes, coaches and sports personalities, connecting them with businesses and organizations to create legendary experiences for their customers. We develop marketing activities for businesses looking to leverage the popularity of legends to deliver memorable experiences, to increase the perception of their organization and to increase sales. Legends work with businesses by making personal appearances, holding autograph sessions, endorsing products, collaborating on VIP experiences and hosting speaking engagements. Ron Dayne etched his name into the college football history books by rushing for 6,397 yards with the Wisconsin Badgers and setting the NCAA career rushing record. He capped off his collegiate career by winning the Heisman Trophy in 1999, along with numerous additional awards and All-American recognition.

His #33 was retired by Wisconsin Athletics and his name and number can be seen by all on the Camp Randall Stadium facade, accompanied by other Wisconsin Football legends.

In the 2000 NFL Draft, Dayne was selected with the 11th pick by the New York Giants and played in Super Bowl XXXV. Dayne played for 8 years in the NFL and also spent time with the Denver Broncos and Houston Texans.

Currently, Dayne resides in Madison and is involved with various marketing and charitable activities, in addition to working with the University of Wisconsin-Madison Athletic Department. A coaching veteran of more than 20 years, Greg Gard expertly made the jump from assistant coach to head coach at Wisconsin. After assuming the head coaching reins on Dec. 15, 2015, Gard is in his fourth season as the head coach of the Badgers in 2018-19 after leading the team to the Sweet 16 in each of his first two seasons at the helm.

After initially taking over on an interim basis, Gard was officially named head coach of the Badgers on March 7, 2016. In three seasons, he owns the third highest winning percentage in UW history, piloting the Badgers to a record of 57-36 (.613).

Gard has maintained a level of success that has become synonymous with Wisconsin Basketball.  In his inaugural season as head coach, Gard led the Badgers to the 2016 NCAA Tournament Sweet 16, becoming just the second-ever first-year coach to win the Jim Phelan National Coach of the Year award. He followed that up by leading UW to the fifth-highest single-season win total in school history (27-10) and making a second-consecutive visit to the Sweet 16.

In 17 total seasons on the Badgers’ bench, Gard has seen the Badgers finish lower than fourth in the Big Ten standings just once while amassing a combined mark of 203-91 (.690) in league play. Gard has been on the bench for each of the top 12 winningest seasons at Wisconsin.

Gard’s 13th and 14th seasons in Madison were some of the program’s most memorable. He helped guide the Badgers to back-to-back Final Four appearances in 2014 and 2015, and in 2015 UW reached its first national championship game since 1941. Wisconsin shattered the school’s single-season wins record (36) in 2015 and became one of just 10 teams with at least 36 wins in Division I history. In 2014, UW finished 30-8 and won at least 30 games for just the third time in school history.

Previously, Gard served as an assistant to Bo Ryan at UW-Milwaukee from 1999-2001 and at UW-Platteville from 1993-99. During Gard’s years on the Pioneer staff, UW-Platteville compiled a 161-13 (.925) record and won three NCAA Division III titles, five straight Wisconsin Intercollegiate Athletic Conference (WIAC) championships and appeared in six consecutive NCAA tournaments.

Prior to joining Ryan’s staff in Platteville, Gard spent three seasons at Southwestern High School and one at Platteville High School, where he served in junior high and assistant varsity coaching capacities.

Gard is a 1995 graduate of UW-Platteville with a degree in physical and health education. He received a master’s degree in counselor education from Platteville in 2007. Gard and his wife, Michelle, have two daughters, Mackenzie and Peyton, and a son, Isaac. In 2000, Mark was drafted by the Green Bay Packers and became the starting right tackle in his rookie year. His 11-year career included 132 starts with the Packers and a championship in Super Bowl XLV. Mark received a variety of accolades during his NFL career including All-Rookie Honors, the Lee Remmel Professional Achievement Award, the Walter Payton Man of the Year Award, and the Ed Block Courage Award.

In 2005, Mark established the TRIFECTA Foundation (Tauscher’s Reading Initiative For Every Child To Achieve). The foundation’s mission is to benefit literacy and education throughout the state of Wisconsin. Mark also enjoys giving time to many local charities and activities, including the American Family Children’s Hospital, UW Carbone Cancer Center, the University of Wisconsin, and multiple Wisconsin literacy programs.

Most recently, Mark has been lending his voice to broadcasting for ESPN Wisconsin’s Wilde and Tausch Radio Show. Mark is on the broadcast teams for Wisconsin Badger and Green Bay Packers football games. He has also worked on the Tauscher and Kuhn Radio Show and for various national broadcasts on the CBS Sports Network and Sky Sports in the UK. He is a co-owner of Red Card Media Group, which includes Red Card Meal Plan and Isthmus Publishing Co.

Mark graduated with a Bachelor’s degree in History and Master’s degree in Educational Administration from the University of Wisconsin-Madison. Mark currently resides in Sun Prairie, Wisconsin, with his wife, Sarah and children, Maxwell and Eleanor. A Madison native, Pat Richter was a nine-time letterman at the University of Wisconsin-Madison. He lettered three times each in football, basketball, and baseball. He was also honored as a two-time football All-America selection. As a senior, Richter won the prestigious 1963 Big Ten Medal of Honor, which is given to the outstanding student-athlete on each league campus.

He was a first round draft pick of the Washington Redskins in the 1963 NFL Draft and went on to play eight seasons in Washington.

In 1989, Richter was hired as Director of Athletics for UW-Madison by then-chancellor Donna Shalala. He was hired after a 17 year career at Oscar Mayer Foods Corporation and was Vice President of Personnel at the time he left the Company. He inherited a program in disarray, with outmoded facilities, struggling teams, and a deficit of $2.1 million.

He made a priority of modernizing the sports facilities, including construction of the Kohl Center, University Ridge Golf Course and renovations to Camp Randall Stadium. He reversed the financial fortunes of the department, erasing the deficit and building a budget reserve of $6.4 million.
He was responsible for hiring Barry Alvarez in 1990 as head football coach, restoring the Badgers football program to national prominence. He also hired basketball coaches Dick Bennett and Bo Ryan, both of whom reached the “Final Four” of the NCAA Tournament.

He stepped down as Director of Athletics on April 1, 2004 and he is still credited with leading the UW Athletic Department through one of the greatest turn-arounds in the history of college sports.

In 2006, the University of Wisconsin–Madison retired his football number 88 and a bronze statue of Richter was unveiled in the Kellner Hall plaza immediately outside Camp Randall Stadium.

Pat and his wife, Renee, have four sons and eight grandchildren. Voice of the Wisconsin Badgers

Matt Lepay is enjoying an illustrious career as the Voice of the Badgers. In his nearly 30+ years in Wisconsin, Matt has become one of the state’s most recognizable voices. He is a eight-time winner of the Wisconsin Sportscaster of the Year Award.

Matt will be entering his 31st season as the radio voice of Badger basketball, a run that includes 20 NCAA Tournaments and three Final Fours.  This fall, Matt will begin his 25th season as the radio voice of Badger Football.  He has called 22 bowl games, including five Rose Bowls.  In addition, Matt serves as co-host of the Paul Chryst and Greg Gard statewide radio shows.

In 2012, Matt authored the book, Why Not Wisconsin?, which is a series of stories from his view as the radio announcer of Badger football & basketball.

Matt is a 1984 graduate of Ohio State and resides in Cross Plains, WI with his wife Linda.

Maximize the impact of revenue generating efforts and leverage the power of sports.

Deliver memorable experiences and increase the perception of your organization.

Legendary Way Marketing works with collegiate decision makers looking to improve the effectiveness of their sports marketing and corporate partner program strategies. Through evaluation of current practices, and by utilizing our experience, we develop new systems and an improved model to maximize revenues. We focus on the evolution of the program for the long-term benefit of the institution.

After 20+ successful years at the University of Wisconsin Division of Intercollegiate Athletics, driving results through innovative marketing strategies for the department, working with various corporate clients to create memorable experiences for their employees and customers, partnering with organizations to get their respective brands more widely recognized and creating marketing opportunities for former athletes and sports personalities, Mike is now looking to help other businesses, institutions and organizations succeed in their own Legendary Way. 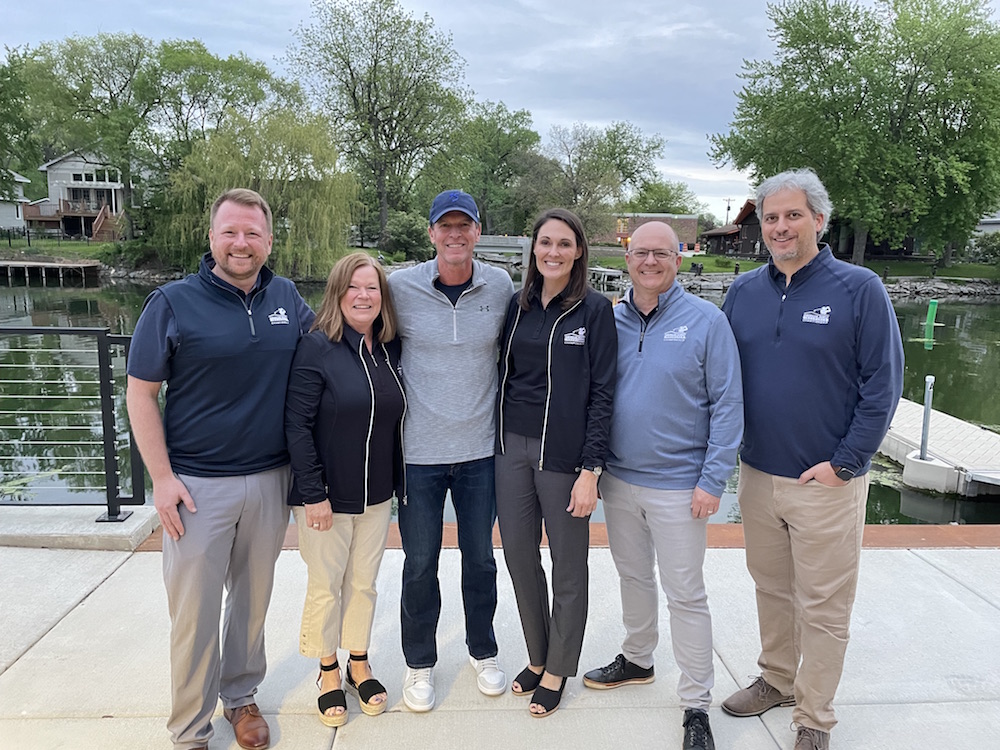